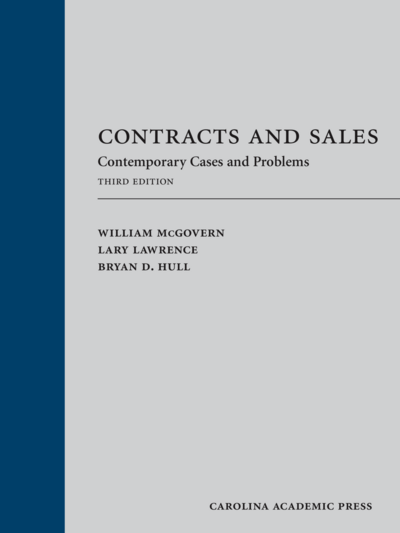 Contracts and Sales: Contemporary Cases and Problems, Third Edition, presents the concepts of contract law in contemporary language and in contemporary settings while still including some of the old "chestnut cases." Like the prior edition, the Third Edition continues to emphasize Article 2 of the Uniform Commercial Code. It also includes material from the Convention on Contracts for the International Sale of Goods. This edition has numerous problems, some shortened, making them easier to cover in class. And, as has been the case with the prior editions, the cases are more heavily edited than in other casebooks.

Changes to the Third Edition include:

There is an accompanying Statutory Supplement, and a Teacher's Manual is available to professors.