Climate Change and the Law 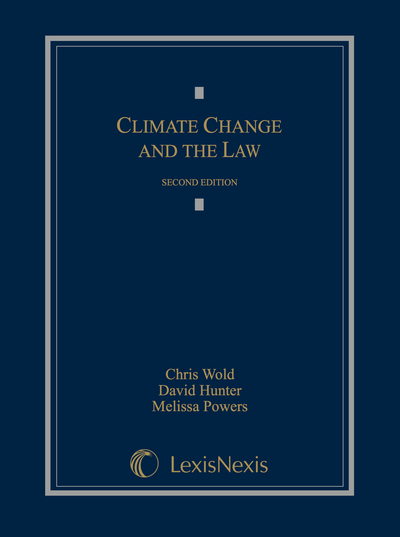 Climate Change and the Law

This book comprehensively assesses the law and science of climate change, as well as the policy choices for responding to this global problem. Given the all-encompassing reach of climate change, Climate Change and the Law allows students to study how the many different areas of law-public international law, public administrative law, federal environmental law, state and municipal regulations, and the common law-can be implicated in addressing a major social issue. This textbook thus provides students with an integrated experience to study law and an understanding of the many climate-related challenges facing the next generation of lawyers.

The second edition of Climate Change and the Law has been updated to include the following: