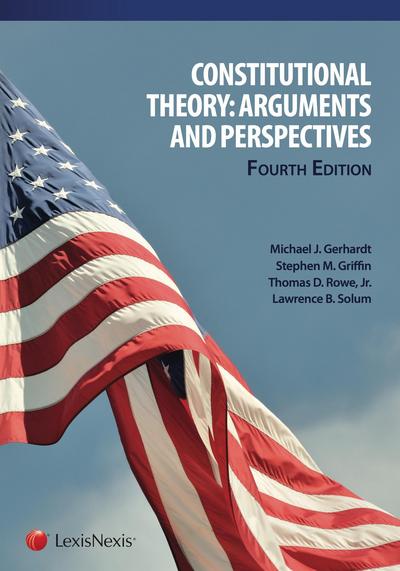 This text covers the central debates in contemporary American constitutional theory and demonstrates the connection between theory and judicial practice, politics, and academic scholarship. This foundation prepares students to analyze the events in which constitutional theory is likely to play a significant role, such as Supreme Court confirmations proceedings, separation of powers conflicts, and constitutional interpretation and political disputes regarding civil rights and civil liberties.

Among the changes in the Fourth edition:

A Teacher's Manual is available to professors.