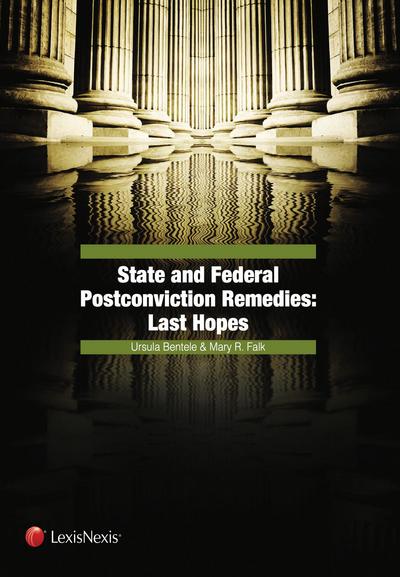 State and Federal Postconviction Remedies: Last Hopes will serve as a useful text for courses on postconviction remedies (whether comprehensive or focused on either state remedies or federal habeas, as each area benefits from some knowledge of the other), for appellate practice courses that include such remedies, as well as for law school clinics devoted to seeking relief for indigent prisoners. This text will also be of assistance to those involved in postconviction litigation, whether as advocates for prisoners seeking postconviction relief, as prosecutors responding to postconviction applications, or as law clerks in the chambers of judges adjudicating these claims.

Chapter One provides a brief history of postconviction remedies and an overview of the various procedures available in state and federal courts. Chapters Two and Three survey the state postconviction scene, providing cases that illustrate the most common grounds for relief and describing the procedural hurdles an applicant must overcome. Chapters Four, Five and Six address federal habeas corpus, first noting the restrictions on grounds for relief, then detailing the procedural requirements, and finally, illustrating how habeas works in practice through five opinions capturing some of the most significant principles at work in this area. Chapter Seven highlights ethical issues that are particularly likely to arise for counsel in postconviction practice, whether defense attorneys or prosecutors.