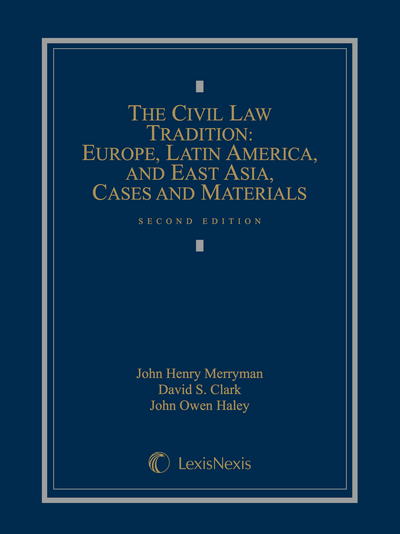 The contemporary civil law tradition encompasses a rich variety of national legal systems more widespread geographically and with more people living under its domain than any other legal tradition. Often the rules of law look very much like those in the United States or other common law nations. As with United States law, finding the rule is often less of a problem than knowing what to do with it; it is the difficult business of understanding the contemporary legal system, within which the rules exist and operate, that the book seeks to illuminate.

The Contemporary Civil Law Tradition: Europe, Latin America, and East Asia has two principal aims: first, to describe and analyze what is similar among the civil law nations covered here so that it would be appropriate to classify all of them within the same tradition or legal family; and second, to provide details about what is different among the 13 civil law nations on at least two levels. One dimension presents civil law countries by continent, taking each group in the historical order in which they developed or adopted the civil law system: Europe, Latin America, and East Asia. The other dimension compares the individual national legal systems within each continent: France, Germany, Italy, and Spain; Argentina, Brazil, Colombia, and Mexico; and Indonesia, Japan, Korea, Taiwan, and Thailand.