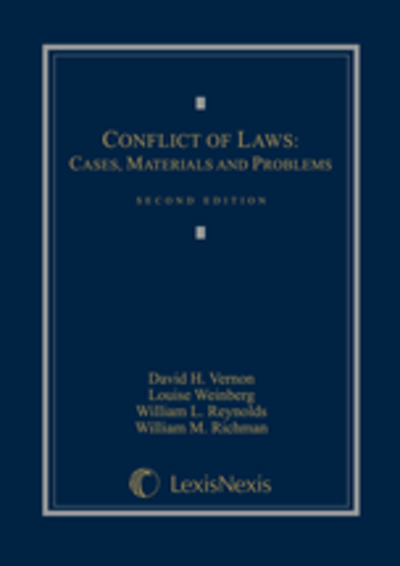 Conflicts courses have become increasingly important to preparation for a sophisticated practice of law, whether in counseling or litigation. Because modern Conflicts law is undergoing significant and complex changes in many states, the authors include new discussions of emerging areas, notably international aspects of conflicts of laws and Internet jurisdiction. Further reflecting the fact that the Second Restatement has become the dominant choice-of-law methodology in over half the states, this new edition contains an extensively revised and supplemented treatment of those provisions.

The second edition of Conflict of Laws: Cases, Materials and Problems is again classically organized into three broad areas: Jurisdiction, Choice of Law, and Judgments. The authors include readings on domicile, a pervasive problem. A final chapter devoted to domestic relations polishes off the course with interesting discussion of most of the core concepts. Areas receiving substantial treatment include:

A Teacher's Manual is available to professors.