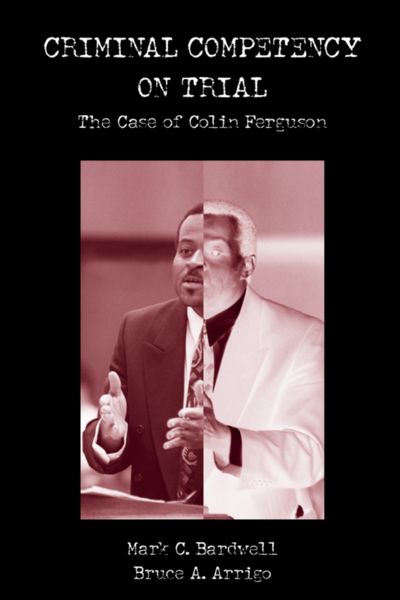 The Case of Colin Ferguson

Criminal Competency on Trial examines the legal standards by which one can stand trial, and the psychological instruments by which one's mental health status is assessed. Acknowledging that determinations of trial fitness represent the most significant mental health inquiry pursued in the system of criminal law today, this book carefully explains and thoroughly reviews the legal and psychological limits of competency to stand trial (CST). To highlight these limits, authors Bardwell and Arrigo systematically investigate the controversial and high profile case of Colin Ferguson. Mr. Ferguson was identified as the New York City railway killer who, following a competency finding, elected to represent himself and was found guilty of all criminal charges.

The text proposes a series of clear, practical, and concise justice policy reforms, designed to improve how the CST doctrine is understood and employed by lawyers, judges, psychologists, and other forensic mental health professionals. The book concludes by demonstrating where and how these policy recommendations would substantially change the application of the CST doctrine, especially in the case of Colin Ferguson and with other high stakes defendants, including that of Theodore Kaczynski (a.k.a. the una-bomber).