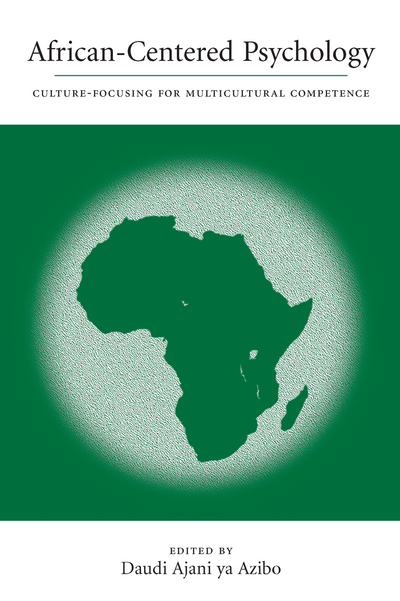 by Daudi Ajani ya Azibo

African-Centered Psychology: Culture-Focusing for Multicultural Competence addresses various topics on the psychology of African people. Although most analyses focus on the African-U.S. diaspora, Azibo articulates principles that are applicable to most African populations. The book opens with an introduction to the field of black psychology, its history, and its relationship to western psychology. Theories of personality are discussed, as well as a review of the diagnostic manuals of mental disorders in western psychology and psychiatry. Furthermore, Azibo suggests a restructuring of social work that respects African culture; reports the favorable results of an African-centered treatment approach; describes a Ghanaian approach to adjusting to widowhood; and reviews psychological factors related to using condoms for HIV prevention in the African-U.S. population. He also discusses issues involving contemporary hair behavior among African-U.S. women; psychological warfare tactics used by the U.S. government against revolutionary activists; and how the media can create images affecting African identity. The book concludes with empirical research studies of African identity.