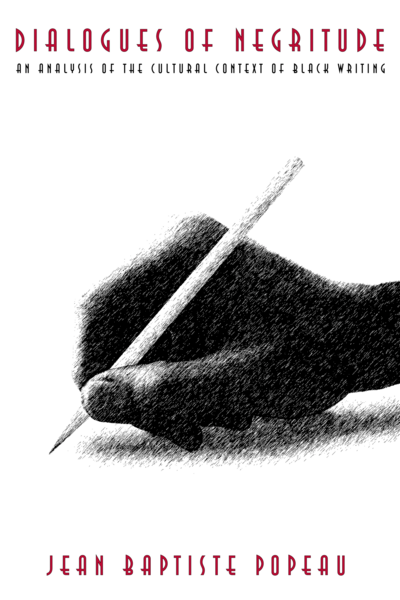 An Analysis of the Cultural Context of Black Writing

In this new offering, Popeau demonstrates that Negritude, a literary and philosophical movement inaugurated in the 1930s by a group of Blacks studying in Paris, is the manifestation of a dialogue between Blacks and Western culture and an internal dialogue amongst Blacks themselves. This movement had a profound influence on the Black movements which followed in the 1960s and '70s. When the Black Panthers shouted "Black is beautiful" they were echoing the "It is good and beautiful to be Black" statement of the 1930s Negritude movement.

The first two chapters of the book examine the basic structure and content of the discourse about Blacks in Euro-American culture including Hegel's ideological pronouncements about Africa and the Western concept of the Black in literature.

The second part of the book examines Negritude as a counter-discourse to the discourse on the Negro in Western culture by focusing on the works of Aimé Césaire and Léopold Sédar Senghor, the two principal founders of Negritude. The study aims to discuss the manifestation of Negritude post-1930s through an examination of some works of James Baldwin and Richard Wright. The ideas of Wilson Harris, the West Indian writer, are discussed as a counter to the ideology of Negritude.