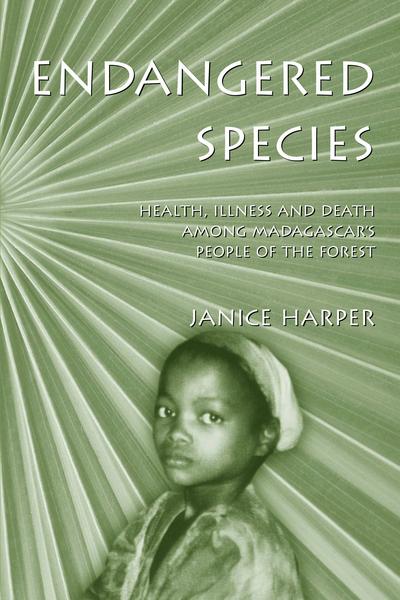 Health, Illness and Death among Madagascar's People of the Forest

Endangered Species: Health, Illness and Death among Madagascar's People of the Forest is an ethnographic study of a group of people living in a forested region in Madagascar. These people have been targeted for recent conservation and development initiatives intended to protect species biodiversity. Although international aid dollars are tied to national conservation policy, very little has been written on how these policies are affecting the people who live in Madagascar.

Based on anthropological research in a village located on the periphery of a U.S.-funded national park, and further supported with archival and library research, this study shows how concepts of culture have been misused by policy makers to promote park objectives, while misunderstandings arising from the use of ethnic stereotypes have contributed to serious health and economic problems for people living in the forest region. Many policy-makers fail to appreciate the actual ways that people live and farm in the forest, and how they negotiate their quest for health. Janice Harper suggests that lineage and social class rather than ethnic heritage are more relevant to the ways that people access and interact with the land, forest, and strategic resources. How this interaction shapes health and healthcare is one of the most poignant and compelling of many contributions to anthropological knowledge made by this study.

This book would be appropriate for use in courses on anthropology, African studies, or environmental studies.

"It is one of the clearest and most detailed pictures that I have read about the multiple pressures on 'coastal' Malagasy… It is beautifully and horrifyingly written." — Alison Jolly, author of Lords and Lemurs and Lucy's Legacy

"This is a superb book. Harper's deeply nuanced, and carefully historicized ethnography offers a sophisticated and accessible account of the contradictions that characterize conservationists' desire to protect rainforest flora and fauna while also wreaking havoc on indigenous and highly marginalized human communities… Harper must be commended for her diligence as a researcher: it is astonishing how much knowledge one reaps from so succinct a study." — International Journal of African Historical Studies, Volume 36, Number 1

"This is an important book because national parks, employing exactly the politics described here, exist all over Madagascar. My hope is that people working in development will read this book and be moved to act against the lack of concern for the well-being of the local population as exhibited by the management of the RNP project." — The Journal of the Royal Anthropological Institute, Volume 10, Number 1, March 2004