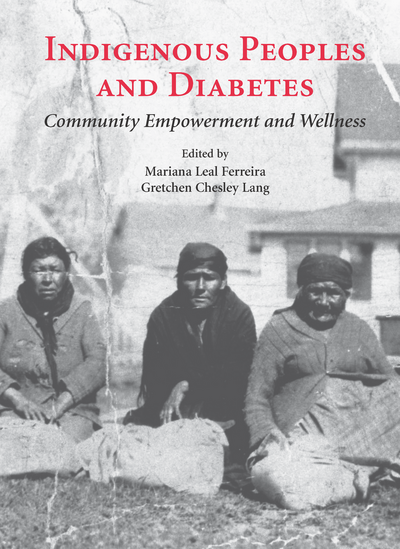 Indigenous Peoples and Diabetes is a bold attempt to reframe the meaning of diabetes mellitus as a socio-political disorder from the perspective of Indigenous Peoples, community workers, medical anthropologists, and health professionals working and/or living in North America, Latin America, the Arctic, Australia, and the Indian Ocean. The anthology discusses the effects of social history on the etiology and epidemiology of type 2 diabetes within Indigenous experiences of cultural expansionism and colonial occupation. Indigenous narratives about the right to food, health, emotional experience, and the importance of networks of solidarity provide reflective critiques on community wellness, empowering individuals to regain control of their health, spiritual knowledge, and emotional liberty.

The book is a paradigm-breaking endeavor because it challenges the widespread assumption that Indigenous Peoples all over the planet are inherently susceptible to sicken and die from degenerative ailments such as diabetes because of their faulty genotype, poor dietary habits, and sedentary lifestyle. Instead, the creative assemblage of chapters shifts the medical gaze from a potentially diseased body to a diseased colonial and post-colonial history of genocide practiced against Indigenous Peoples to this day.

Innovative programs to combat the diabetes epidemic and promote physical and emotional wellness are discussed in detail, such as the Mino-Miijim 'Good Food for the Future' program on the White Earth Reservation in Minnesota; the Kahnawake School Diabetes Prevention Project developed in the Kanien'keha':ka (Mohawk) community of Kahnawake, near Montreal, Canada; and the Cultural Rebuilding Project at the Potawot Health Village in northern California. The authors are inspired by a strong commitment to a liberation medicine and to the belief that access to good food, respect for cultural traditions, and integrative therapies are basic human rights.

"[E]xtremely valuable for anybody who is interested in health issues of indigenous peoples in North America… an important addition to the ethnographic literature." — North Dakota Quarterly

"[A]n innovative and important attempt to reframe the meaning of diabetes as a sociopolitical pathology among indigenous peoples." — CHOICE Magazine