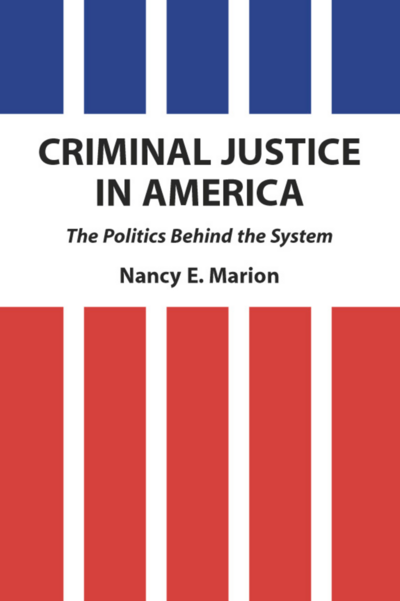 The Politics Behind the System

Marion introduces the basic concepts and components of criminal justice, with the book's underlying theme surrounding politics. Some basic political science concepts are included in the book, such as federalism and power, which are then related to criminal justice in order to explore how the two fields are indeed related to one another. The actions of political actors that affect criminal justice, both elected (president, Congress, the courts) and non-elected (bureaucracies, media, campaigns and elections, interest groups) are described. This is an underlying theme however, and not the primary emphasis of the book.

The book covers crime in the United States, the American system of policing, the courts, and corrections system. There is also a chapter on victims of crime and anti-crime initiatives.

Intended for introductory courses, this book is informal and easy to read. Each chapter has boxes that provide additional information on a person or topic relevant to the chapter, relevant web sites, discussion questions, a list of important terms to assist students in learning the materials, and an outline to help students organize the material more clearly.