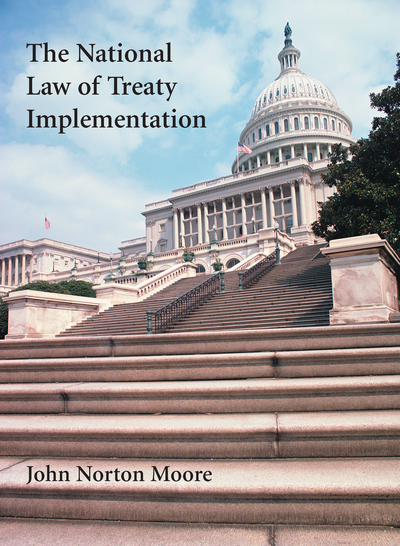 The post-Vietnam era produced a host of constitutional confrontations between the President and the Congress as to their respective authority in foreign affairs. One of the most intense of these concerned the respective powers of the branches in interpretations and implementation of treaties, which was triggered between the Executive and Congress over the meaning of the 1972 U.S.-Soviet Anti-Ballistic Missile (ABM) Treaty, which became known as the “broad-narrow” debate. This debate, which ranks among the most complex and contentious legal debates in the history of United States foreign policy, quickly split both the Executive and Congressional branches. In that context, Professor John Norton Moore, the founder of the modern field of National Security Law, was requested by the Director of the Arms Control and Disarmament Agency to prepare a study for the Director sorting out the issues and seeking to resolve the legal dispute. Most of the multi-volume, 4000-page study compiled by Professor Moore is still highly classified and has never been released. This volume, however, is an unclassified study presenting the arguments on all sides in the constitutional portion of this great debate. It contains as one Appendix the original Annex D to the multi-volume study summarizing the original Senate consideration of the ABM Treaty as declassified by the Director of ACDA. This book is a must for all serious constitutional scholars having an interest in the respective powers of the Congress and the President in foreign affairs, as well as those interested in the original debate on this issue.