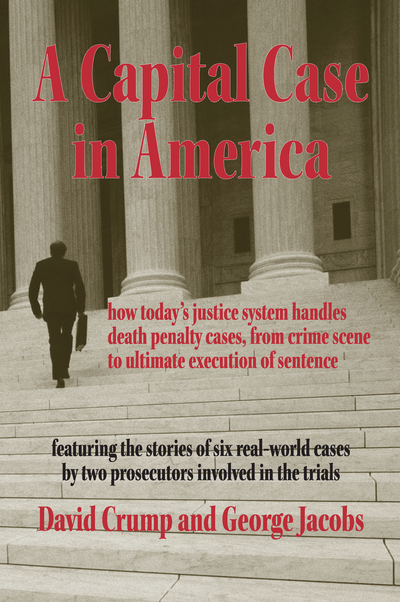 A Capital Case in America

A Capital Case in America examines how Americans handle their most serious murder cases by telling the stories of six actual death penalty crimes and trials. It re-creates the six murders themselves, as well as the investigations, prosecutions, defenses, and aftermaths.

A Capital Case in America will be fascinating reading for anyone interested in true crimes and a valuable resource to criminal justice professionals and students. It studies such investigative devices as searches, confessions, and lineups, as well as the adversarial roles of the lawyers on both sides.

Crump and Jacobs consider the arguments for and against the death penalty against the background of the six cases. A final series of chapters tells what happened to each of the defendants, with parole eligibility dates for those who received life sentences and execution protocols for those who did not. The reader is left to contemplate two related questions: Can the sentences of these defendants be justified? Can justice be done without capital punishment?

"Must reading for anyone interested in the nitty-gritty of a death penalty case from beginning to end. Where you come out is up to you."
—Paul Rothstein, Legal Commentator, CNN, NBC, MSNBC

"[R]eaders will never think about the death penalty as they once did. Highly recommended for undergraduates and public library patrons interested in the capital punishment process."
—CHOICE Magazine