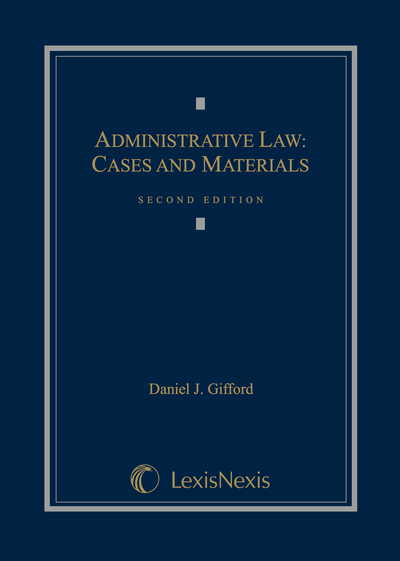 With this new edition, Administrative Law: Cases and Materials continues to present the complex substance of administrative law in a format that is both intellectually satisfying and easily understandable. Prior to publication the book was used at the University of Minnesota where the students found administrative law to be both an exciting and rewarding endeavor.

In addition to carefully examining current law, students will become familiar with the relevant historical perspectives so necessary to appreciate the dynamics of today's law. They will become familiar with the so-called progressive movement and its regulatory offspring, the independent agency, with the New Deal regulatory agenda, with the post-World War II consensus embodying the Administrative Procedure Act, with the problem of capture, with aggressive modes of judicial review in response, with the problem ossification of rule-making, and with an array of judicial reinterpretations of settled precedents. This focus on doctrinal coherence and historical background provides a rich intellectual experience.

This book also is available in an alternative loose-leaf version printed on 8.5 x 11 inch paper with wider margins and with the same pagination as the hardbound book.