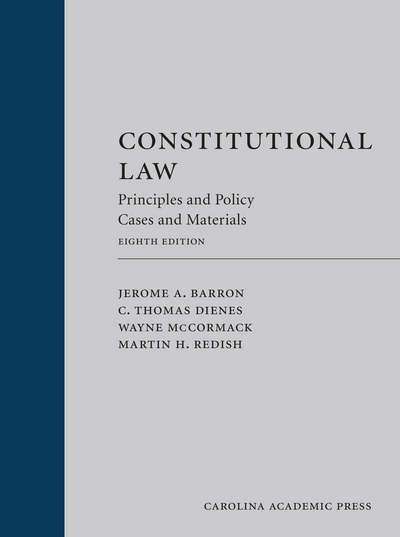 The authors of this casebook are committed to reflect fully the dynamism, controversy, and excitement that characterize contemporary constitutional law. While generally striving for brevity, the authors lightly edit cases where the Court appears to be embarking on a new doctrinal course so that sharply different constitutional philosophies are fully and fairly presented.

Features of the new Eighth Edition include:

In the area of free expression, among the many cases featured are:

The new 8th edition includes some of the latest law review literature as well as the leading constitutional cases covered in the previous edition.