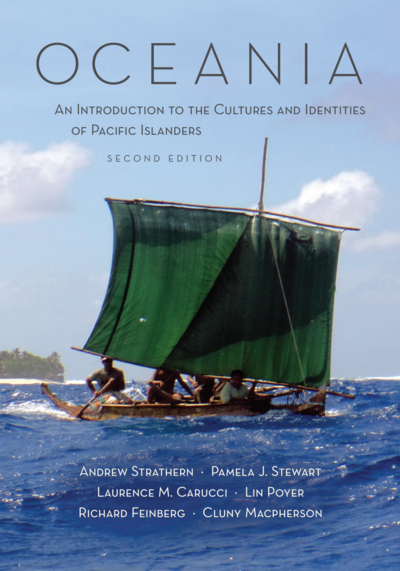 Oceania: An Introduction to the Cultures and Identities of Pacific Islanders, Second Edition

An Introduction to the Cultures and Identities of Pacific Islanders

This book is written collaboratively by experts on different regions of Oceania. It presents a unique tool for instructors and general readers who wish to become more familiar with the peoples of the Pacific and for scholars looking for an analytical conspectus on this part of the world. Oceania combines surveys of prehistory and history with careful discussions of cultural patterns and problems arising out of contemporary political and economic change. Many of the issues discussed relate to concerns in other global regions, including North America and Australia.

General discussions on specific islands or sub-regions are followed by wide-ranging studies that bring together classic themes and recent issues as viewed in current scholarship. Readers will find the book easy to understand, and instructors will find the layout of the materials easy to set into course syllabi. Each section of the book probes issues that are significant for the study of the peoples of Oceania. These issues range from the contemporary interpretation and manifestation of traditional concepts such as "aloha" ("pity," "love," "affection," "sympathy," or "empathy") to the development of ethnicity and political conflict between local and national levels within the state, to the long-term influence of forms of Christianity and their intertwining with indigenous religion and ritual. Throughout the book, the authors emphasize the vitality and adaptability of Pacific Islanders in the context of rapid and continuing transformations in their life worlds.

In this completely revised second edition of the book, all sections have been comprehensively updated with regard to recent scholarly literature on and political changes in the societies studied. In their expanded Introduction, Stewart and Strathern have included further discussions of studies on religious change, on aesthetic genres, and in particular on the relatively new arena of Disaster Anthropology that they have been developing for a number of years. They acknowledge also the affinity of the indigenous Austronesian speakers of Taiwan with the Pacific Islanders discussed in this book.