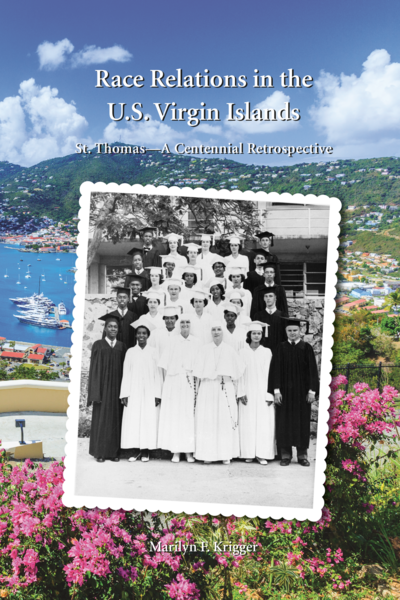 Race Relations in the US Virgin Islands

This book is a history of race relations, mainly between whites and blacks, and mainly on the island of St. Thomas, the political and commercial center of the U.S. Virgin Islands. It begins with the Danish background, 1672 to 1917, during which the importation of enslaved Africans for labor laid the foundation of the present population, which is mainly black. However, the book's main focus is on the changes that have taken place since the advent of U.S. rule in 1917, particularly greater economic growth (largely through tourism) and greater racial and social separation.

Marilyn F. Krigger, a retired history professor, is a black native and resident of the U.S. Virgin Islands who has lived through most of the American century. In anticipation of the 2017 centennial of American rule, she was inspired to add to her previous research and writing on American racial influences on the social, political, economic, and cultural life of the Virgin Islands and to compile this book, while also appealing for greater morality and respect in human relations everywhere.