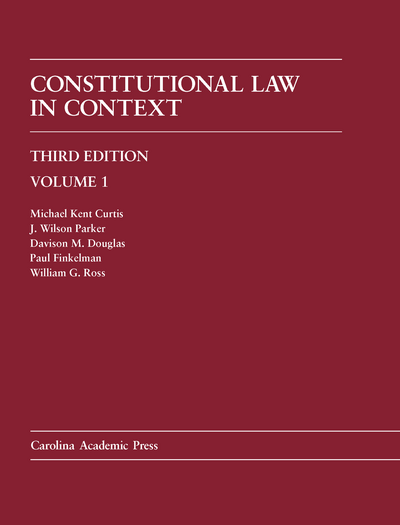 The casebook helps students to see how historical context shaped doctrinal developments. It also shows how historical developments affecting one doctrine often shaped other doctrines as well. Examples include parallel changes in commerce clause, substantive due process, and equal protection cases, and in cases related to race and gender. The chapter on incorporation includes excerpts from the Black Codes and from the congressional debates on the Fourteenth Amendment. The incorporation chapter also shows how the framers of the amendment were influenced by denials of civil liberties that occurred during the crusade against slavery.

The book contains materials on constitutional decision-making outside of the Supreme Court including materials on the Clinton impeachment and examples from free speech history.