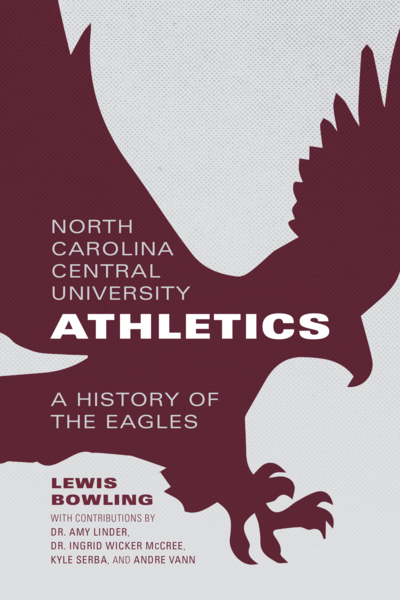 A History of the Eagles

North Carolina Central University fielded its first athletic team, baseball, in 1910. From that beginning, there have been many national championships, both team and individuals, and this book covers the many triumphs and accomplishments of NCCU's student-athletes, along with the occasional agony of defeat.

Multiple NCCU football players have gone on to All-Pro careers in the NFL. Sam Jones played at NCCU in the 1950s and went on to be a big part of the Boston Celtics winning ten NBA championships while Jones played for them. Dr. Leroy Walker, one of the greatest track coaches in history, led the way as NCCU had a track athlete in every Olympic Games from 1956 to 1976. Lee Calhoun, from NCCU, won the gold medal in the hurdles in 1956 and 1960. Amba Kongolo, Michelle Harrison, Von Fulmore, and many other NCCU Lady Eagles have been among the very best in the nation in their respective sports. Cassie King scored 59 points in a single basketball game, and Rocky Roberson scored 58 points in a men's game. NCCU has won two national championships in football and one in men's basketball. All of this and much more is covered in this, the very first book written about NCCU athletic history.