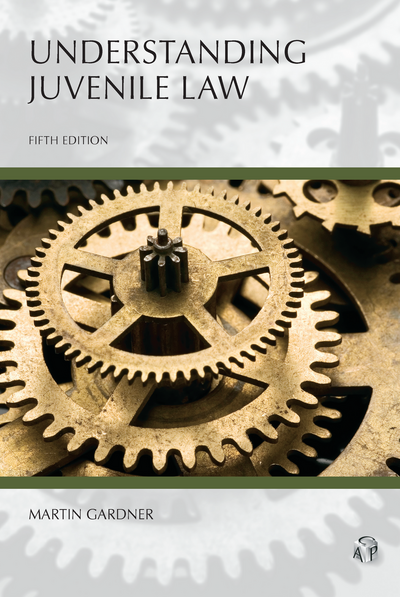 This Understanding treatise discusses the various bodies of law in relation to a fundamental issue permeating the entire field of juvenile law: the extent to which the law should protect young people rather than recognize them as autonomous persons. While the law traditionally adopted a protectionist posture, recent legal developments appear to recognize autonomy rights of adolescents in certain contexts. These developments are praised by some commentators who advocate wholesale rejection of the paternalistic model in favor of a system that treats adolescents as full-fledged persons under the law. This book does not advocate any particular resolution of the current debate about the nature of the rights of young people; rather, it suggests that sensitivity to the issues and arguments entailed in that debate is essential to any true understanding of the present state of juvenile law.

With these concerns in mind, Understanding Juvenile Law begins with a general discussion of the nature of the rights of juveniles and the perception that young people constitute a unique class under the law. This theoretical introduction serves as a background for subsequent discussion of juvenile law doctrine. The discussion separates aspects of juvenile law arising outside the juvenile justice system (defined in this text as the system of separate courts organized to deal with "delinquents" and "status offenders") from those arising within that system. This division is created as a useful means of organizing the doctrinal material, given the extensive body of rules that govern the juvenile justice system. Moreover, this organization permits the juvenile justice section to stand by itself as an independent text for students in courses that cover only that aspect of juvenile law.

The Fifth Edition of the treatise adds new material dealing with problems of child abuse and neglect outside the family. Liability of religious and educational organizations is addressed, including statutes of limitations issues. The educational organization material includes discussion of rights of students to be free from harassment and bullying.