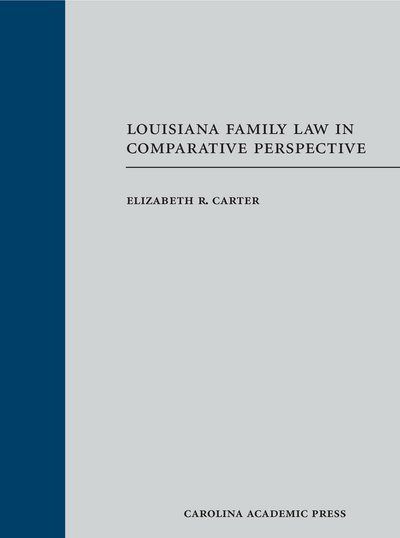 Louisiana Family Law in Comparative Perspective is a modern and inclusive survey of Louisiana family law. The text addresses three major topics: the spousal relationship, the parent-child relationship, and jurisdictional issues. Like most major survey texts, the text includes major U.S. Supreme Court decisions and other federal cases and statutes that have impacted the development of family law in the states. Unlike other texts, Louisiana Family Law in Comparative Perspective approaches family law from a comparative lens and considers the common law and civil law influences in family law both in Louisiana and throughout the United States.