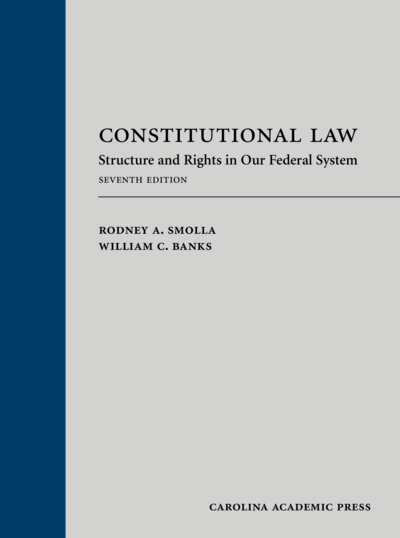 Structure and Rights in Our Federal System

Traditional in scope, with full coverage of both structure of government issues (separation of powers and federalism) and individual rights, Constitutional Law: Structure and Rights in Our Federal System emphasizes structural issues more so than many other Constitutional Law casebooks. Individual rights are discussed in context and within chapters focusing on traditional doctrinal categories, such as economic and social rights, rights of conscience and expression, and rights in the public arena.

This new edition makes heavy use of contemporary constitutional conflicts to present in a vivid manner the cases and secondary material traditionally covered in comprehensive constitutional law courses, including case studies in issues such as gun control, problems on the Special Counsel investigation of Robert Mueller, the Court's resolution of which branch controls recognition of Jerusalem in providing passports, and controversies surrounding the Affordable Care Act.

This edition also expands dramatically the coverage of the religion and speech clauses, so that the casebook is useable for comprehensive courses on the First Amendment at schools that break out coverage of constitutional law into a basic course and a follow-up course on civil liberties or the First Amendment.