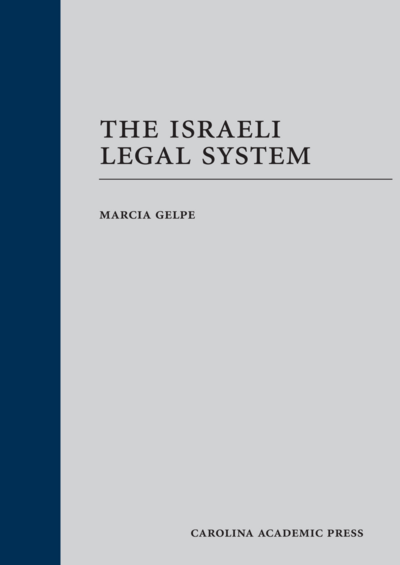 This is a 2017 paperback printing of the hardback book originally published in 2013.

Israel is a vibrant, modern economy of great interest to many American law students due to their religious and cultural connections to Israel and to the extensive business ties between American and Israeli entities. This book presents and analyzes the prominent features of the Israeli legal system, emphasizing the ways in which it differs significantly from American law. It includes chapters on the unique Israeli approach to constitutional law, the role of religious law in Israeli law, on the legal meaning of Israel’s identity as a Jewish state, and on the system of family law that allows each religion to control matters of personal status.

This book presents Israeli cases, many of them translated into English for the first time, as well as Israeli statutes. The discussion of the material has a strong comparative law aspect. All primary materials are accompanied by extensive explanatory comments, as well as questions for students.