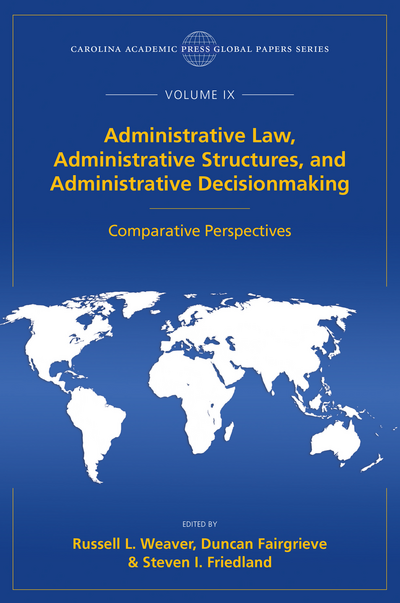 Administrative structures and administrative processes vary considerably from nation to nation. In some instances, these differences are attributable to history (e.g., in France, all roads lead to the French Revolution). In other instances, they can be traced to differences in governmental structure (e.g., the U.S. governmental structure which is based on Montesquiean notions of separation of powers). The articles in this book reflect on the administrative structures, primarily the executive and judicial structures, in various countries. The papers include discussions of several European countries (including Italy, Sweden, and Denmark) as well as the United States and Australia.

The papers printed here are discussion papers that were presented during discussions at the Université Paris Dauphine PSL Research University in June of 2017. At the forum, there were three primary discussion topics: "Forms of Administrative Justice," "Executive Administrative Authority and Decisionmaking," and "Administrative Issues Arising in Your Nation That Others Should Know About."