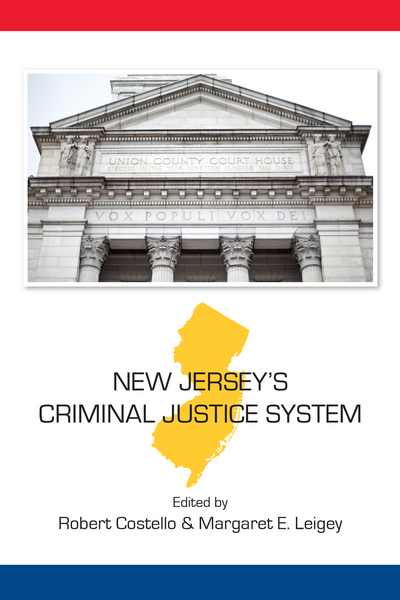 The state of New Jersey is the eleventh most populous state in the country, despite being geographically larger than only three other states (Connecticut, Delaware, and Rhode Island). This makes New Jersey the most densely populated American state. Despite this, the violent crime rate of New Jersey is significantly lower than the national median. New Jersey's violent crime rate in 2016 was 33.8 percent lower than the national median (245 violent crimes per 100,000 inhabitants) while the state's property crime rate was 40.2 percent lower (1,544.6 property crimes per 100,000 inhabitants).

Crime in New Jersey has a similar proportional make up to the types of crimes that occur on the national scale. New Jersey's relatively small geographic size and its large population make it a unique case among the fifty United States. As such, the state's criminal justice system faces particular challenges. New Jersey's blend of high-density urban areas and lower density rural areas and farmland lead to special criminal justice concerns, and this book takes a look at these state-specific issues.

Readers should come away from this book with a clear understanding of New Jersey's criminal justice system as these thirteen chapters provide a comprehensive, holistic picture. By exploring each component separately, and taking deep dives into a few national issues from a state perspective, readers will be able to understand the specific history—and current framework—of the New Jersey system. Additionally, discussions of proposed criminal justice reform will show readers the ways in which New Jersey can serve as a model for national reforms.

There is a set of 430 PowerPoint slides available upon adoption. Click here to view a sample presentation. If you are a professor using this book for a class, please contact Beth Hall at bhall@cap-press.com to request your slides.

About the State-Specific Criminal Justice Series:

One drawback with many current books is that they pertain to the really non-existent “American” criminal justice system and ignore the local landscape. Each state has deliberately designed its own legislature, executive branch, law enforcement system, court and appellate review system, state supreme court, correctional system, and juvenile justice apparatus. Since many criminal justice students embark upon careers in their home states, they are better served by being exposed to their own state criminal justice system.

Texts in this series are designed to be primary texts or as supplements to more general introduction to criminal justice texts.