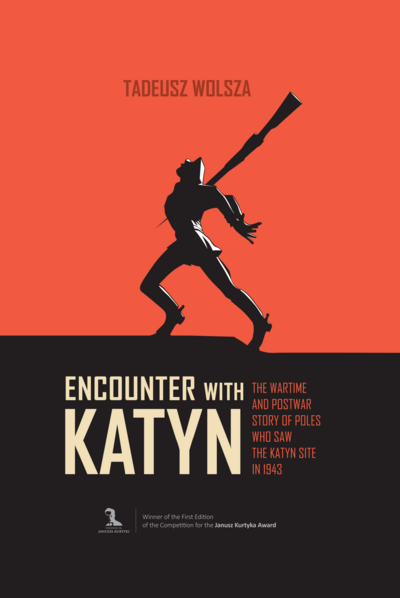 Encounter with Katyń: The Wartime and Postwar Story of Poles Who Saw the Katyń Site in 1943

"There are points in history which shape the identity of nations. They are significant vantage points, collections of the most important events, works, and ideas. One such event in Polish history is the Katyń Massacre. The aim of its perpetrators was the genocidal extermination of the Polish national elite. The Polish officers who were taken prisoner without trial or sentence were murdered with a bullet in the back of the head, and buried in a mass grave in a forest, unbeknownst to their families. . . . The story we present in this book is interwoven with the drama of the lives of people who testified to that crime. The Katyń affair is the story of a great lie that spread around the world and was designed to be perpetuated and established forever. The truth about the crimes of the Red Army and the nature of the Communist system was not to be told. For this reason, there were two realities: one that strove for the truth, and the other, the official line. Those who thought or spoke differently were oppressed, not only in Poland by the Communist secret police, but also throughout the world by intelligence agencies and fellow travelers, such as Communist parties in Western Europe. The title of the book, Encounter with Katyń, reflects that reality, because those who came into contact with this issue, even by random chance or unintentionally, faced far-reaching repressive measures for the rest of their lives."