Autism and the Law (Paperback) 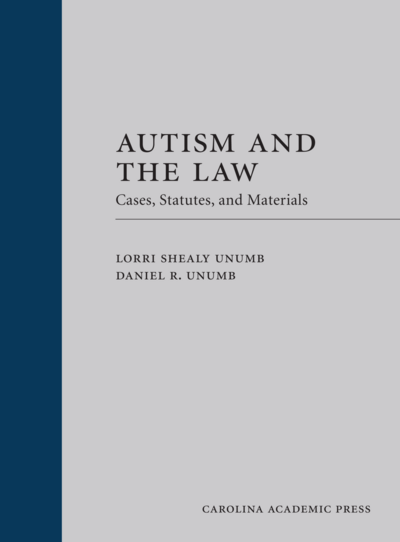 Autism and the Law (Paperback): Cases, Statutes, and Materials

Autism and the Law (Paperback)

This is the 2019 paperback printing of the casebook published in 2011.

Autism is a complex medical disorder characterized by deficits in communication, social skills, and behavior. Autism appears in childhood but is a lifelong disability. The prevalence of autism is around 1 in 110 Americans, a staggering increase from just a decade ago. As a result of the exponential growth and increased awareness of the disorder, much legal reform has taken place over the past several years. Indeed, the response to the autism crisis by courts, legislatures, and administrative agencies has resulted in an explosion of published law pertaining to autism. Twenty-two states, for example, have enacted autism insurance mandates in the past three years.

This book attempts to move the process of understanding and reform forward by collecting significant autism laws in the fields of health insurance, Medicaid, special education, and more into one resource. Autism and the Law is designed as a law school textbook but is also an excellent resource for state and federal policymakers as well as families struggling with autism across the country.

"For lawyers, policy makers, and disability advocates, this important and timely volume on disability law provides a comprehensive overview of statutes and case law regarding autism and its relation to several major areas of law." — Book News Inc.

" . . . a most useful guide to an important public policy issue. It is the first major compilation of key cases, statutes, and other materials on the legal questions surrounding autism. Researchers reckon that about one in 110 Americans is on the autism spectrum, a much greater prevalence than in the past. No one can be sure how much of the difference stems from a true increase, as opposed to greater awareness and changes in diagnostic criteria. But there is no question that autism poses enormous legal challenges to the schools and many other institutions." — The Claremont Institute website