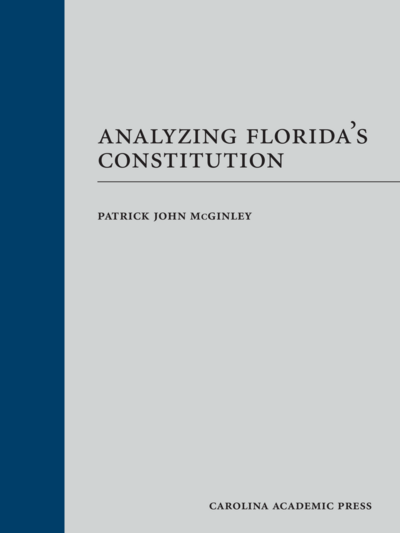 The familiar refrain that unlike the federal constitution a state's constitution is a restriction upon power not a grant of power is explored. State constitutional criminal procedure is examined by looking at the ancient origin of the jury as well as the recent origin of Florida criminal procedure. Also examined are Florida local government and municipal law, separation of powers, Florida's state court system, extraordinary writs, powers of Florida's executive branch, Florida administrative law, Florida's "Sunshine Laws" creating a right of access to public records and meetings, lawmaking and its limits, and homestead.

There is a set of 663 PowerPoint slides available upon adoption. If you are a professor using this book for a class, please contact Rachael Meier at remeier@cap-press to request your slides.