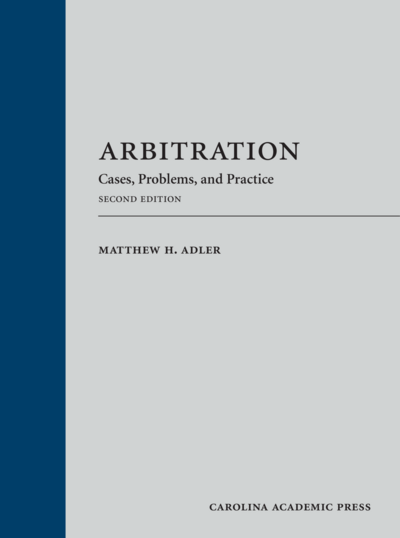 The goal of this book is to create good arbitration lawyers. Written by a practicing attorney and law professor with over thirty years of experience, it presents current caselaw and real-world practice pointers to teach future lawyers how to win their arbitration cases from the earliest procedural stage. The book is organized around the three phases of an arbitration: forming it, conducting it, and enforcing it. One chapter guides students through an actual arbitration from start to finish, including the organizational conference, discovery issues, third-party witness issues, and expert witness issues. The second edition reflects numerous legal and societal changes in the past five years that are not reflected in any other arbitration casebook on the market. These include: