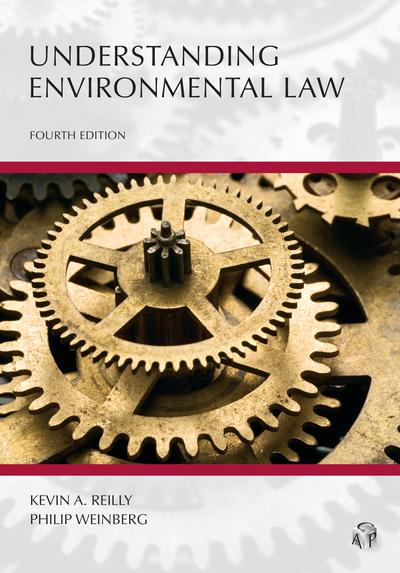 by Kevin A. Reilly, Philip Weinberg

Understanding Environmental Law is designed to provide a basic understanding to law students as well as lawyers unfamiliar with environmental law. However, it is also intended to provide a fast and accessible resource for lawyers who need a ready review for incoming cases. It is both an overview as well as a desk reference, comprehensive where necessary but without distracting the reader with excessive details.

Most of the content addresses the most seminal and widely litigated federal environmental statutes, which have served as the template for the majority of state environmental laws. However, the discussion includes salient state laws when they help to inform particular topics.

Early chapters provide a basic summary of the building blocks of environmental law: its constitutional underpinning; federal versus state regulatory authority; common law antecedents; and how the process for the environmental review of government (typically agency) actions operates. Later chapters have been revised to address updated developments involving air pollution and controls, the Clean Water Act, Hazardous Waste regulations and cleanups, and various statutes governing classes of chemicals that collectively can be termed toxic substances. The discussion of noise regulation has been revised to address an increasingly pernicious but often underappreciated kind of emissions that historically had been relegated to state and local land use controls.

Climate change is increasingly at the forefront of policy discussions, as are evolving ideas about the responsibility of corporations for including environmental goals in their business models and performance. Hence, these topics, domestically as well as internationally, have been expanded where relevant in this fourth edition. Finally, the new Chapter 14, largely replacing that of earlier editions, directs the readers' attention to emerging areas of environmental concern that increasingly demand regulatory attention.