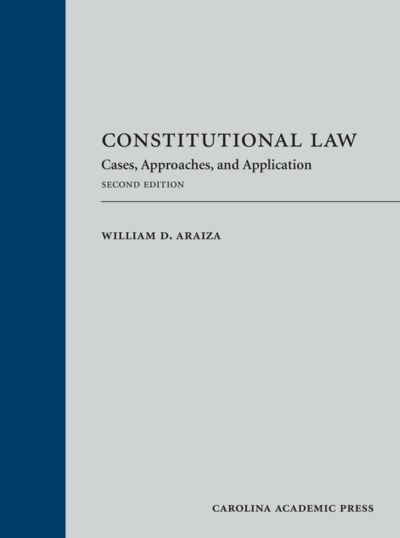 The second edition of Constitutional Law: Cases, Approaches, and Application is a succinct and careful presentation of canonical constitutional law cases and important constitutional law statements from the political branches. Additionally, its annual supplement includes material based on recent appellate cases applying Supreme Court constitutional doctrine. Its main features include:

Assessment content tailored to the book is available via CAP's Core Knowledge for Lawyers platform, access to which is included in the price of a new book.