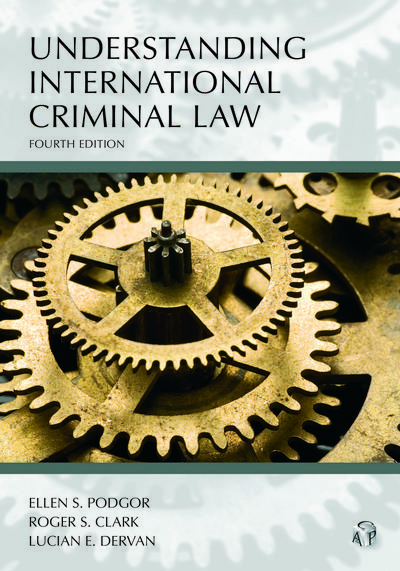 This Understanding treatise is divided into four parts:

The second part of the book focuses on a crafted selection of areas of international criminal law. While not exhaustive, the authors have provided explanation and analysis of crimes that cover a wide array of topics that will introduce the reader to many of the most important, timely, and developing areas of international criminal law. The selected topics include developing areas such as computer and internet crimes and human trafficking, and older, more traditional areas such as piracy, narcotics trafficking, and terrorism. The book provides materials on both violent and non-violent crimes.

The third part of Understanding International Criminal Law covers procedural issues. This portion of the book considers the extraterritorial application of the U.S. Constitution, including the 4th, 5th, and 6th Amendments, immunities from jurisdiction, international evidence gathering procedures, obtaining people from abroad, including through abduction, and post-conviction issues such as prisoner transfer.

The final part of this treatise introduces the reader to the four crimes of most concern to the international community—Aggression, Genocide, Crimes Against Humanity, and War Crimes. The book also examines the various courts and mechanisms used to bring those accused of these atrocities to justice, beginning with the Nuremberg and Tokyo precedents. Examination of these early forms of international tribunal are followed by materials examining more recent courts and mechanisms, including the International Criminal Court, Ad Hoc tribunals, hybrid tribunals and other creative variations.

This book provides detailed summaries of areas of significance in international criminal law and is a wonderful resource for students studying in this area, practitioners interested in learning more about the field in general or interested in delving more deeply into a particular issue, and casual readers desiring an introduction to this fascinating and developing area of law.