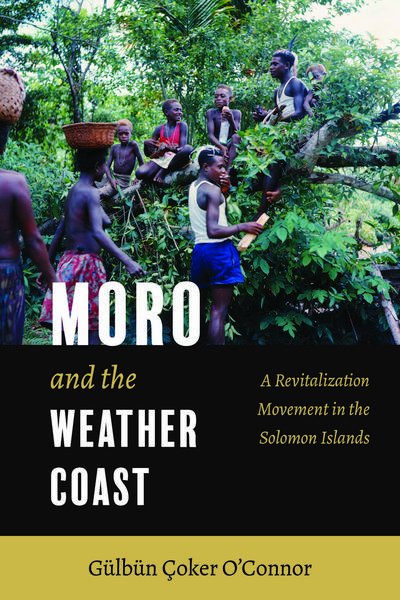 Moro and the Weather Coast

A Revitalization Movement in the Solomon Islands

The Moro Movement started in 1957 along the southeastern coast of Guadalcanal in the Solomon Islands group. In 1965–1966, the author spent a year as an anthropologist, observing the Moro adherents' efforts to revitalize their lives and create an economy based on money.

The Islanders contact with Europeans dated back to the nineteenth century when missions arrived and a protectorate was established by the British. Mission teachings and Protectorate laws were alien to the Islanders. In particular, they were compelled to abandon traditional ways of coping with their environment and the supernatural beings who had to be appeased and negotiated through ritual activities. The Islanders resented their losses and the authorities who had intruded into their lives. Moro's vision of a new world tried to bring back the "lost ways," along with a claim of ownership of Guadalcanal. These changes were in part modeled on European culture of which the Islanders had limited knowledge.

Throughout the year, the author witnessed their hard work and their sadness and confusion caused by their inability to bring about the changes they yearned for, all of which is chronicled in Moro and the Weather Coast.

"Although Moro passed away in 2006 and will never read O'Connor's book, its publication may finally make her research more available not only to students of Oceania but also to the Weather Coast people of Guadalcanal." — Journal of Anthropological Research