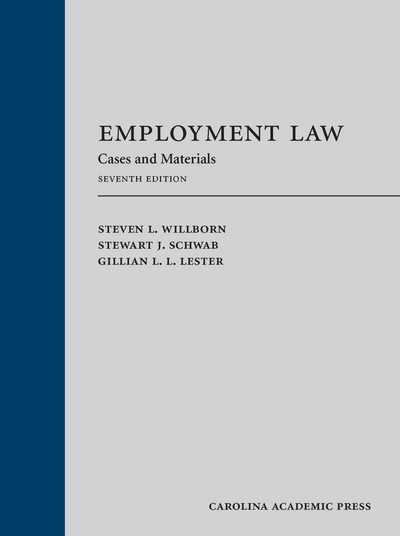 The seventh edition of Employment Law focuses on the general structure of employment law in the United States, while recognizing variation in the states on many issues. It uses important unifying themes to tie the materials together, such as the relationship between employment law and labor markets and the strategies of employers and employees in reacting to employment laws.

The seventh edition carries forward most of the cases and materials that have proven to be good teaching tools to permit a smooth transition for current users. But it highlights emerging new or expanded areas of interest including: