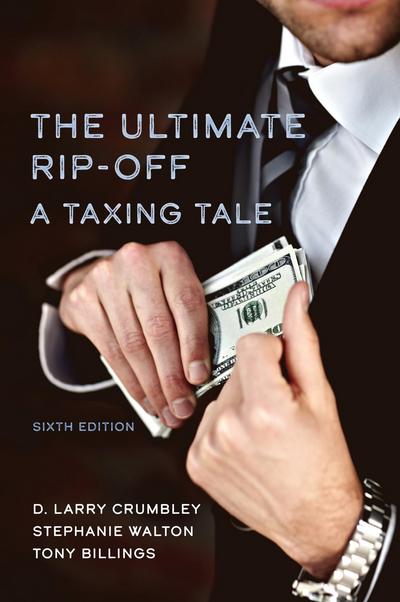 Jeff Burke, Special Agent of the IRS, goes beyond the law as he uncovers a major plot to rip off millions of dollars of income tax revenues. As a supplementary text for Public Finance, Taxation, or Accounting courses, the book puts taxation concepts into words a novice can understand.

Called a "cross between Mickey Spillane and Mr. Chips" by The Washington Post, Professor Larry Crumbley (aka Iris Weil Collett) is the author of twelve other widely adopted educational novels. Business Week in June 1989, called him a mover and shaker, and said he "aims to lend excitement to the study of debits and credits by couching the stuff in romantic prose." Using forensic accountants as his major characters, Crumbley has been called the Mark Twain of the accounting profession by New Accountant.

"The book is a treasure trove of IRS policy and procedure spelled out in detail and integrated into the plot." — Tax Notes State