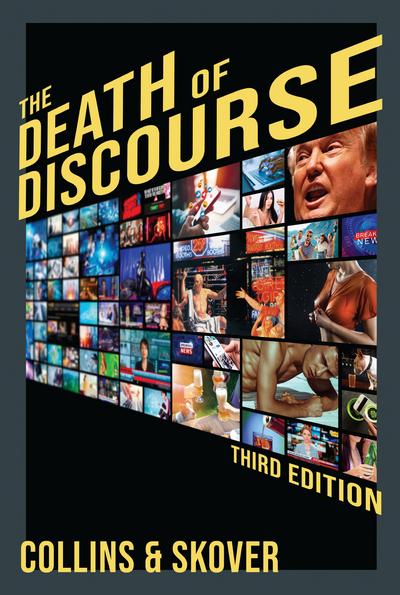 The Death of Discourse

This book explores one of the most disturbing intellectual dilemmas of our time — that our beloved First Amendment is being exploited in the name of the dumbing of America. It is the first book to examine the popular culture of the First Amendment, specifically with reference to television, advertising, and pornography. Comparing the culture of popular discourse with traditional First Amendment ideals, the authors expose the vast gap between our speech practices and our speech principles. Is the tyranny of the trivialization of discourse a problem? In a dialogue-like way, the authors invite their readers to judge.

"This is a disturbing yet mind-opening tour through the deep chasm that separates our free speech ideals from our cultural reality. The new edition — which by all rights could be titled We Warned You — brilliantly invokes up-to-date examples to show that modern American discourse is indeed suffocating under the spectacle of an entertainment and commercial culture obsessed with self-gratification. With their unique and prophetic talents, Collins and Skover have issued a sagacious warning that we ignore at our peril." — Jane Bambauer, Professor of Law, University of Arizona

"Professors Collins and Skover have written a provocative and important book, that was prescient in earlier editions and very timely now, about the meaning of freedom of expression when false speech is prevalent, when commercial interests dominate, and when pornography is easily accessible. Some might think of the Internet and social media as creating a golden age for free speech, but Collins and Skover powerfully suggest that instead we might be seeing the end of the discourse that the First Amendment exists to create and that is essential for a democracy. Their unique, thought-provoking writing style invites readers to ponder our cultural dilemma against the backdrop of the high principles of Madisonian discourse to which we claim allegiance in word, though not in practice."

"The Death of Discourse is literary dynamite ready to demolish the pomp and hypocrisy obstructing the proud edifice of the First Amendment. This book poses a clear and present danger in the most deserving sense."