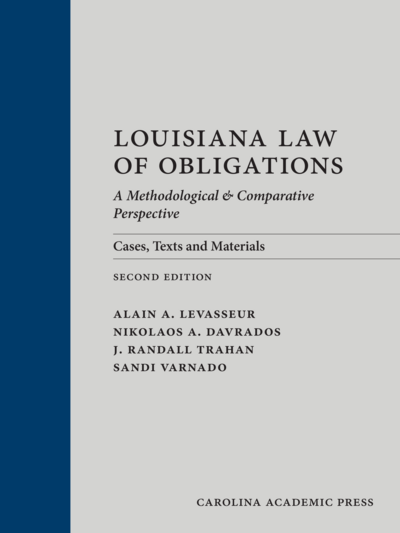 A Methodological and Comparative Perspective: Cases, Texts and Materials

The second edition of this casebook on Louisiana Law of Obligations in General and Conventional Obligations includes a new part on quasi contracts and unjust enrichment. In addition, new cases have been added to replace outdated ones.

An important feature of this casebook is the illustration of the hierarchy of the sources of law as it prevails in civil law jurisdictions. Legislation, such as Civil Code articles, is presented first as the primary source of law, followed by cases and doctrine-legal writings which are secondary sources. In this casebook, the secondary sources given are meant to contribute to a better understanding of the Code articles and the cases. Extensive excerpts of foreign doctrine have been translated for the benefit of the readers. Cross references to common law legal scholarship, English and American, have been added for a more instructive and complete comparative analysis.