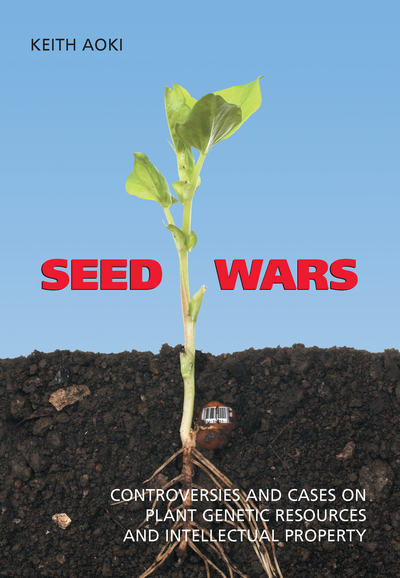 Controversies and Cases on Plant Genetic Resources and Intellectual Property

Seed Wars is a comprehensive overview of the current domestic and international legal controversies regarding intellectual property protections for plant genetic resources (PGRs) over the past three decades. This book examines these controversies on three fronts: (1) the rise of intellectual property protections for plant varieties and the enclosure of the "genetic" commons; (2) the subsequent move of the agro-chemical industry from manufacturing fertilizers, pesticides, and herbicides to "manufacturing" seeds in the context of industrial agriculture; and (3) the emergence of overlapping regimes of domestic and multilateral treaties such as the Trade-Related Aspects of Intellectual Property (TRIPS, 1994), the Convention on Biodiversity (CBD, 1992) and the International Treaty on Plant Genetic Resources (ITPGR, 2004) from the 1990s on. Finally, this book speculates on possible directions that intellectual property protection for PGRs may take in the 21st century.

While intellectual property protection for plants has been available in the United States since 1930, the decade of the 1960s saw the rise of Plant Variety Protections in Europe and by 1980, the U.S. Supreme Court embraced the idea that living organisms could be patented, paving the way for new plant varieties to receive utility patent protection in the U.S.

"Seed Wars provides an excellent overview of the issues and suggests a range of options to overcome the ill effects of expanding intellectual property rights on access to plant genetic resources, seeds and plant varieties. Aoki does a nice job of drawing the linkage between IPRs and PGRs, without suggesting a return to the old Common Heritage system or arguing for a revision in the current IP regime." — Law & Politics Book Review