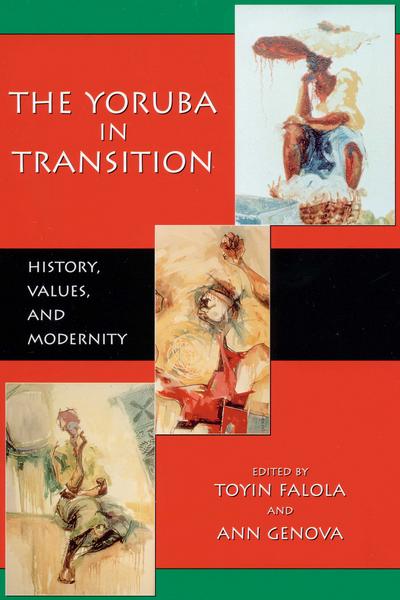 The Yoruba in Transition

With the introduction of globalization and domestic change pulsing through Nigeria, its citizens find themselves in a social, political, and economic transition period. After decades of military rule and political instability, Nigeria has reintroduced itself as a democratic state in 1999. This change has brought about questions of how to get Nigeria moving toward economic growth and social unity in the face of globalization, the polarization of Christians and Muslims in Africa, and crises such as HIV/AIDS.

The Yoruba, one of Nigeria's most well-known and historically prevalent ethnic groups in Nigeria, has taken an active role in dealing with these issues. Whether motivated by a nationalist vision of a unified, successful Nigeria, or for their own interests in reclaiming political space and retaining Yoruba culture, the Yoruba have greatly contributed to discussions on this transitional era. Contributors to this work display a wide range of disciplines and viewpoints making this work accessible to readers familiar and unfamiliar to the Yoruba. The Yoruba in Transition captures views on the era, highlighting recommendations for this new Nigeria and emphasizing contemporary issues that the Yoruba face. The contributors, many of them Yoruba, illuminate the complexity of identity and how the Yoruba seek to communicate their values, project an image, and live their lives. Included are essays dealing with contemporary issues such as migration, health, agricultural production, cyber crime, and the role of women in Yoruba society. The Yoruba in Transition represents a rare recording of how people within and outside Nigeria view the new millennium for the Yoruba.

"[T]he essays are well-written, analytical, and insightful. As a comprehensive and critical volume, Falola and Genova have succeeded in editing an important reader in Yoruba studies. This significant volume will be invaluable to scholars, public policy analysts, and lay readers of Yoruba and Nigerian studies." — The Journal of the Royal African Society