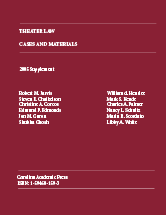 Covering the period March 2004 to March 2005, this 2005 Supplement accompanies the casebook, Theater Law: Cases and Materials and provides a wealth of fresh material about the theater industry, including commentary on:

Also included in the supplement are a new principal case involving Michael Flatley's Lord of the Dance, a list of recently-released theater-themed movies, and updated demographic information on Broadway audiences. 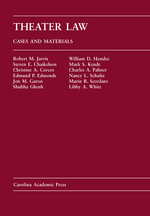