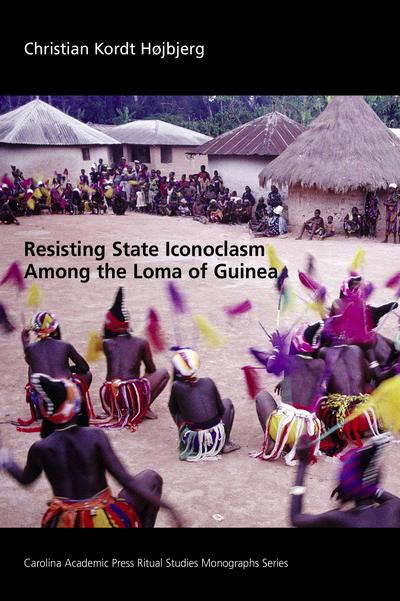 Resisting State Iconoclasm Among the Loma of Guinea

Resisting State Iconoclasm Among the Loma of Guinea is an anthropological study of a West African people's ongoing commitment to a specific religious tradition that involves both secrecy and public ritual.

Loma secret religious practice appears to have been relatively unaffected by a long-term suppression, including the exposure of secrecy, by the postcolonial authorities. In recent years the famous male ritual association known as Poro has even taken on new significance in the context of political upheaval in the war-torn border area between Guinea and Liberia. Drawing on extensive fieldwork and regional comparative research, the study not only provides a detailed account of hitherto unknown ritual practices in the Upper Guinea forest and coastal region. It also challenges recurring claims about the political role of secret societies in this part of West Africa.

The retention of "tradition" in the face of "change" is of central analytical concern to Resisting State Iconoclasm. Against presentist accounts of persistent culture, Højbjerg argues that an adequate explanation of Loma religious resilience requires a composite approach addressing both the political dynamics of the studied area and the cognitive and relational processes involved in the transmission of religious and ritual tradition. The result of this approach serves as background for a critical engagement with current theories of the successful, enduring distribution of cultural ideas and practices.

"Højbjerg underscores religious resilience through a deeply researched study of sale, a secretive power widely shared through interethnic Poro and Sande initiatory societies. Rich masquerade, the violence of identity politics, and how religion is transmitted even when obliged to go underground are among the topics considered. Summing Up: Recommended." — CHOICE Magazine

"Højbjerg's account will undoubtedly provide valuable ethnographic material to regional specialists, and it documents a wealth of religious practices. It will also provide a valuable addition to the body of literature focusing on theories of cognition, symbolism, and change." — Journal of the Royal Anthropological Institute