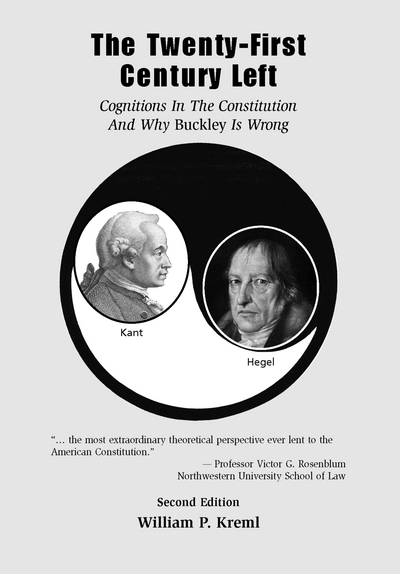 The Twenty-First Century Left: Cognitions in the Constitution and Why Buckley Is Wrong, Second Edition

Cognitions in the Constitution and Why Buckley Is Wrong

William Kreml explores the cognitive, dialectical structure of the Earl Warren Supreme Court and its similarity to the cognitive structures of the English Edward Coke period. He examines the Constitution's primary debate—over the legitimacy of public encumbrances on private contracts—and reviews the cognitive similarity between Buckley v. Valeo (the case that denied campaign finance reform) and Dred Scott (the case that upheld slavery).

"The Twenty-First Century Left is a bold and, in many regards, impressive work. In striving to create a new theoretical map, Kreml sets out some novel ways in which we might rethink both our description and assessment of a wide range of political phenomena, including political behavior, jurisprudence, and the standards by which we evaluate our democratic vitality." — Law & Politics Book Review, March 2007