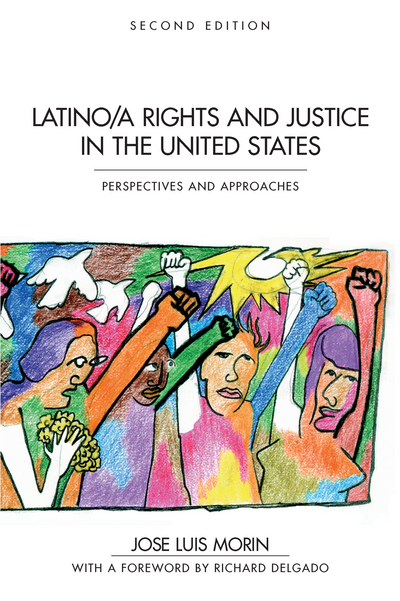 Latino/a Rights and Justice in the United States

Tags: Civil Rights/Race and the Law, Race and Ethnicity Issues

The second edition provides new and expanded coverage about racial and ethnic bias in law enforcement and the criminal justice system, citizenship rights, immigration and crime, Latinos/as and U.S. prisons, the contemporary street gang phenomenon, and Latinos/as in the post-9/11 era. Meticulous in presenting facts and research, Latino/a Rights and Justice in the United States often challenges conventional ideas and popular myths about Latinos/as on these and other topics.


"You are about to encounter a fine book on a much-neglected topic. Latino Rights and Justice in the United States brings history, theory, and case analysis to bear on the story of Latinos' efforts to obtain fair treatment from the American judicial system. With coverage of all the large national-origin groups, including Mexican Americans, Puerto Ricans, and Cubans, as well as each of the main areas in which they have come into contact with the justice system—immigration, media stereotypes, police profiling, and international law—it also considers issues that few other books do, such as economic, social, and political rights. It shows where and how Latino people have made gains and what remains if they are to enjoy full legal recognition and respect. And it offers what few other books do, an entire chapter on how to achieve these goals through concrete action both at the domestic and the international levels." — Richard Delgado, University of Seattle School of Law, from the Foreward

"[A] fine overview of a major phenomenon in contemporary American society." — CHOICE Magazine, on the first edition

"Latino/a Rights and Justice is an excellent primer on who Latino/as are in the United States, the discrimination they have faced, and some of the legal issues that they must address." — Kevin R. Johnson, Latino Studies, on the first edition

"[T]he book contributes to a better discourse and understanding of how Latinos have asserted their civil, constitutional, and human rights… [I]nternational human rights norms must be considered as an indispensable element in the discourse concerning the treatment of Latino/a residents, migrants and citizens in the country. It is a point well taken and an avenue for excellent discussion in any classroom." — Juan Cartagena, CENTRO: Journal of the Center for Puerto Rican Studies, on the first editon