Genocide in the Middle East 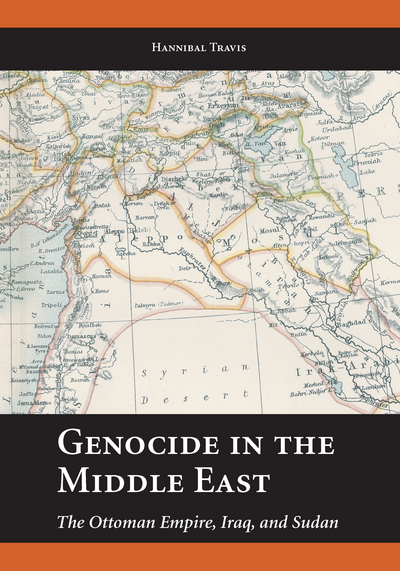 Genocide in the Middle East: The Ottoman Empire, Iraq, and Sudan

Genocide in the Middle East

The Ottoman Empire, Iraq, and Sudan

Genocide in the Middle East describes the genocide of the Armenians, Greeks, and Assyrians of the Ottoman Empire in the nineteenth and early twentieth centuries; of the Kurds and other persons living under Saddam Hussein in northern Iraq in the late 1980s; and of the Dinka, Nuba, Fur, Masalit, and Zaghawa peoples of Sudan from the 1970s to the present. It situates these crimes in their historical context, as outgrowths of intolerant religious traditions, imperialism and the rise of the nation-state, Cold War insurgencies and counterinsurgencies, and the global competition for resources and markets at the expense of indigenous peoples. This requires a more thorough investigation of the case law on genocide than has been attempted in the literature on genocide to date, including detailed accounts of the prosecutions of the leaders of the Ottoman Empire after World War I, of Saddam Hussein and other Iraqi officials after Operation Iraqi Freedom, and of President Omar Hassan al-Bashir and other leaders of Sudan by the International Criminal Court.  Finally, the book explores emerging problems of genocidal terrorism, cultural genocide, and structural genocide due to starvation, disease, and displacement.

The field of genocide studies has grown rapidly in recent years, fueled by interest in the Armenian genocide, the wars in the former Yugoslavia and Iraq, and the widespread massacres in southern Sudan and Darfur.  While several comparative studies of the Armenian genocide, the Holocaust, and other genocides have been published, none of them focuses on genocide in the Middle East and North Africa since the nineteenth century.  This book provides a comprehensive history of genocide in the broader Islamic world, with a particular focus on the twentieth century.  It is of interest to general readers, undergraduates, graduate students, academics, journalists, and legal professionals, and will be useful as a text for courses on International Law, International Criminal Law, Law and Religion, Middle East Studies, International Relations, Public Policy, Criminal Justice, or World History.

“The comprehensive research is breath-takingly evident. This historical account of the lesser know genocidal conflicts is incredibly revealing. Perhaps the best thing one could say about this book is that the familiar adage—'Those who ignore history are bound to repeat it'—reverberates throughout this intensely engaging volume.” — ASIL UN21 Newsletter

“This ambitious book in its research and coverage tells a sorry tale of mankind’s inhumanity and intolerance over millennia of genocidal deeds and rhetoric. A fast-moving narrative reaches from biblical times to Darfur, describing tragic events accompanied by selective quotations from their participants and observers. Genocide may be a recently invented term, but its occurrences based on a variety of causes and reasons seem to have been a deep part of the human experience of group interactions.” — Henry Steiner, Professor of Law, Emeritus, Harvard Law School, and co-author, International Human Rights in Context: Law, Politics, Morals (Oxford and New York: Oxford University Press, 3d ed. 2007)

“In Genocide in the Middle East, Hannibal Travis breaks new ground in genocide studies by unveiling the full panoply of genocidal processes in the Middle East and West Asia as no previous scholar has. But he does much more: in terms of its twentieth and twenty-first-century coverage, this is simply the most expansive, detailed, and up-to-date history of genocide we possess.” — Adam Jones, Associate Professor, Political Science, University of British Columbia Okanagan, and author of Genocide: A Comprehensive Introduction (London: Routledge, 2006)

“Professor Travis' study of genocide, and the contribution he makes for a better understanding of the Assyrian one, is an invaluable event. … This is not a book of sociology, but of historical review and analysis.  As such, it deserves the highest of accolades.” — Journal of Assyrian Academic Studies