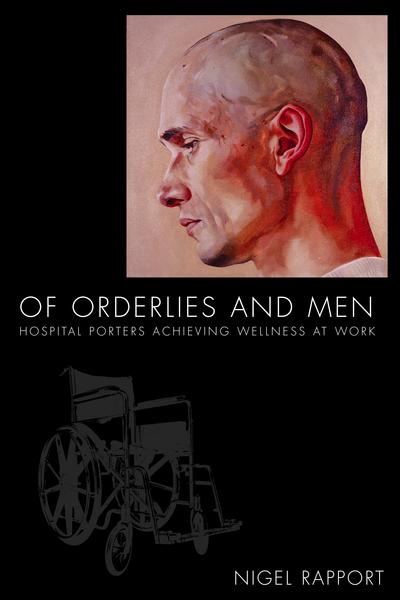 Of Orderlies and Men

Of Orderlies and Men is an account of a working hospital, its institutionalism and hierarchy, as seen from the perspective of the hospital orderly or 'porter' who works at the base of the specialized division of labour. Where the hospital organization esteems medical skill and managerial efficiency, the male, ancillary staff is involved with tasks calling for physical stamina more than an acquired skill. The book is an exploration of a portering community or sub-culture through which one particular group of male ancillary staff resist their classification as unimportant, unskilled or lacking the wherewithal to make a significant contribution. The porters resist, subvert, transcend the hospital regimen and, individually and collectively, exercise the power to effect their own construction of 'wellness' at work.

The ethnography is set in the Scottish port-city of 'Easterneuk'. Famous in its day as a centre of both imperial production and global exploration, Easterneuk more recently has represented a post-industrial urban landscape with a high rate of unemployment, especially for men. In this setting, 'Constance Hospital', part of the National Health Service run by the British Government, with a work-force of thousands (including some 135 porters), remains one of the key local employers.

The ethnography was undertaken in 2000 and 2001, shortly after Scotland regained its own legislative assembly (Parliament) for the first time in some 300 years. Issues of national identity, of devolution and local employment, regionalism and globalism, represent a backdrop to the issues of wellness and respect which the hospital porters make central to their day-to-day working lives.

The account is based on participant-observation fieldwork. For some ten months the author worked as a porter and for a further two he interviewed other hospital employees: the medics, administrators and technicians.

"[Of Orderlies and Men] deserves a readership beyond medical anthropology. The book should be of general interest to researchers in the social sciences, as well as to science & technology and innovation scholars concerned with involving individual and collective experiences in institutional design." — Journal of the Royal Anthropological Institute

"Rapport is a masterful ethnographer, with an eye for detail that brings new light to a location that many might think they already understand and are familiar with: the Western hospital. Rapport has produced an unusual and accessible ethnography that combines engaging story-telling with a distinctive literary style and analysis. It deserves to be widely read and should be of interest to anthropologists of health, well-being technology, work, individuality, creativity, humour, institutions, national identity, discourse, power, hierarchy, leisure and masculinity." — Social Anthropology