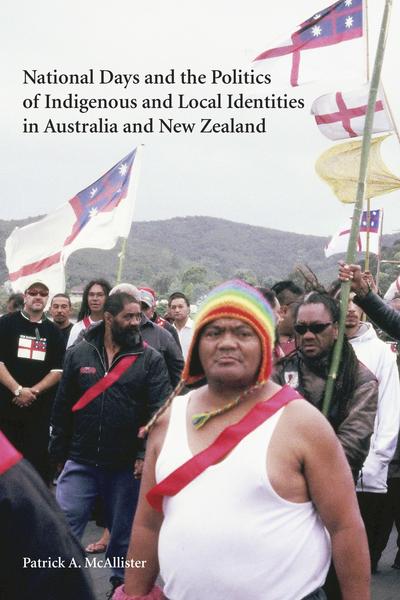 by Patrick A. McAllister

This book is a comparative study of national days in Australia and New Zealand which places the emphasis on local and indigenous variants of these events. Based on multi-sited ethnographic research, the study shows how Australia Day and Waitangi Day are perceived, affected, resisted, rejected or adapted by indigenous minorities in the two countries, and how they are subjected to variation, modification and interpretation at the local level, outside of the main venues for national celebration.

In this respect National Days and the Politics of Indigenous and Local Identities in Australia and New Zealand offers a unique new perspective on national days, until now absent in debates about nationalisms and how they are affected by ethnic and regional diversity. The starting point in each case is Waitangi Day and Australia Day at the national level, but this analysis, based on insights derived from the anthropology of performance, is presented in order to provide the necessary context for the indigenous and local reactions to the respective national days. The authorized, state-sanctioned performance of the nation in each case is rejected or contested by alternative performances designed to challenge, negate or modify the affect associated with the conventional or mainstream performances of nation.

The aesthetics and the sentiment associated with national days usually serves the interests of the state but the imaginations of identity that run contrary to state discourses that are analysed here make use of alternative aesthetic codes to construct and maintain counter narratives which challenge, invert or obstruct dominant discourses. On the very day appointed by the state on which to inculcate nationalistic feeling in its subjects, indigenous sub-national groups reject their subject status and assert an alternative identity and sovereignty, using an alternative range of symbols to construct a different reading of the day. Similarly, citizens at the local level develop a view of the nation that runs counter to that of the state in order to construct and act out what they see as more legitimate performances of nationhood. These alternative performances by groups opposed to the state's rendering of belonging may utilize their own cultural property or seek to modify or invert the meanings vested in the cultural property associated with the nation.

"[A] close analysis of the history and politics of Australian and New Zealand national days ... [The book] successfully highlights some of the distinctive marks of national and indigenous identity between two countries with what might be considered similar histories of European colonialism ... [A] thought-provoking analysis of Australian and New Zealand national identities and indigenous engagement with and resistance to them. It should be of interest not only to those interested in indigenous studies, but to scholars exploring postcolonial identity and the relationship between racism and nationalism." — Journal of Anthropological Research