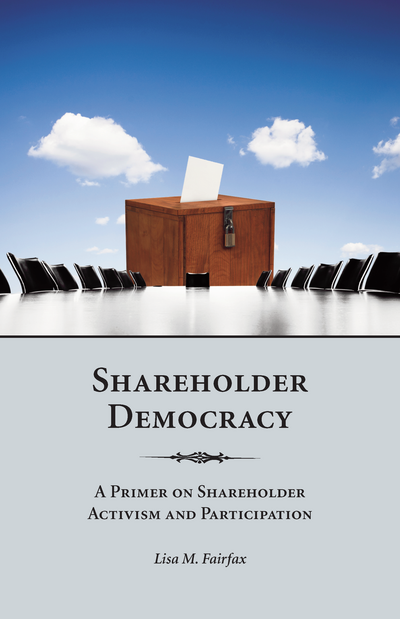 A Primer on Shareholder Activism and Participation

This book is the first to provide a concise, but comprehensive look at the various ways in which shareholders have sought to enhance their voting power and influence within the corporation. In addition to examining shareholder activism, this book highlights and analyzes the debate regarding the propriety of increased shareholder power. This book also analyzes the impact of recent developments aimed at facilitating shareholder power such as majority voting, say on pay, and proxy access. This book will serve as a useful tool not only for those who desire a straight-forward analysis of shareholder rights and activism, but also for those seeking a reference guide on an issue of growing importance to corporate law and corporate governance.