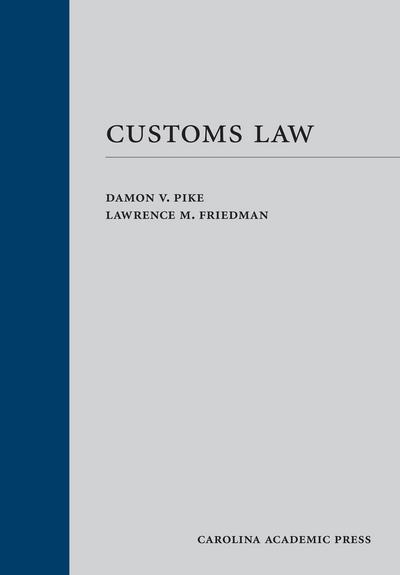 As the world’s largest economy, the United States imports and exports more merchandise than any other country. Customs Law covers the “nuts and bolts” of laws administered by U.S. Customs and Border Protection (“CBP”), the agency charged with regulating imports into the U.S. and collecting duties, import fees, and related taxes. Those laws and regulations center on the tariff classification of merchandise under the Harmonized System (as set forth in the Harmonized Tariff Schedule of the U.S.), the valuation of goods under the GATT (now WTO) Valuation Agreement, and the rules (both preferential and non-preferential) for determining “country of origin.” The book also covers the entry and recordkeeping process for imports, intellectual property protection, CBP’s penalty regime, the use of preferential trade programs (specifically examining the North American Free Trade Agreement and its attendant Rules of Origin and Regional Value Content calculations), marking requirements, and the relationship of income tax transfer pricing rules in determining how inter-company pricing impacts declared customs values and, thus, global corporate income taxes. The system of judicial review by the U.S. Court of International Trade and U.S. Court of Appeals for the Federal Circuit is also covered.  Finally, the book summarizes the requirements of 47 other federal agencies that CBP is charged with administering and enforcing with respect to imported merchandise.

“...I received your 'Customs Law' on Friday from Amazon and spent three days reading it thereafter. I honestly can’t put it down! It is a great piece of work in my opinion, long overdue, and I have recommended it already to others. The book is a priceless 'uber-review'.” — Neil Mooney, Attorney-at-Law