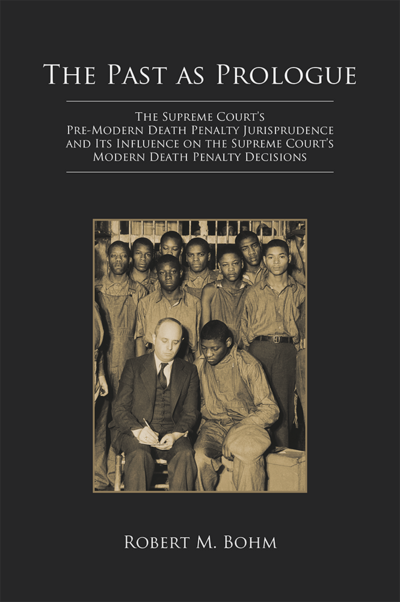 The Past as Prologue

"I would recommend this book to first year law students in upper-level courses in Political Science or Criminal Justice, and to graduate students who plan on focusing either on capital punishment or Supreme Court jurisprudence in general. Bohm's book is both straightforward and accessible. As the debate about capital punishment in America continues, the myriad of concepts, ranging from 'cruel and unusual punishment' to the 'evolving standards of decency,' all discussed by Bohm, will undoubtedly serve as the framework determining its future viability." — Criminal Law and Criminal Justice Books

"[A] concisely written and meticulous analysis ... [A]n important contribution to the legal literature. For attorneys involved [with] death penalty litigation, the book is a must-read. More generally, it should appeal to anyone with an interest in American political and legal history and is most suited for graduate or law school students." — Criminal Justice Review